The word Islam also anglicized as Islaam, is derived in the Arabic language from the Arabic letters of Seen Laam Meem (English equivalent of SLM). The letters Seen Laam Meem gives rise to the root words Silm or Salama from which Islam is derived. Silm means to submit or surrender meaning by it that the Muslim, one who practices Islam, submits and surrenders his will, body and soul, to the Will of Allah (سبحانه و تعالى), his creator. The word Salama means peace, and the Muslim achieves peace through surrender and submission to his Creator, Allah (سبحانه و تعالى), and in reality this is the only true way to achieve peace; by being in obedience to the Divine Will of your Creator.

Prophet Abraham was a Muslim

"When his Lord said to him, 'Submit (i.e. be a Muslim)!' He said, 'I have submitted myself (as a Muslim) to the Lord of the 'Alamin (mankind, jinns and all that exists).'

And this (submission to Allah (سبحانه و تعالى), Islam) was enjoined by Ibraheem (Abraham) upon his sons and by Ya'qub (Jacob), (saying), 'O my sons! Allah has chosen for you the (true) religion, then die not except in the Faith of Islam (as Muslims - Islamic Monotheism).'" [Quran: Surah al Baqarah 2, Ayah 131 - 132]

"Ibrahim (Abraham) was neither a Jew nor a Christian, but he was a true Muslim Hanifa (Islamic Monotheism - to worship none but Allah (سبحانه و تعالى) Alone) and he was not of Al-Mushrikun." [Quran: Surah ali Imraan 3, Ayah 67]

The Quran and Sunnah

Islam is both a religion and a complete way of life for a Muslim.  Just as Christians have the Bible, Muslims have the Quran. Muslims believe the Quran is Wahy, revelation, and was dictated to Prophet Muhammad (صلى الله عليه و سلم) by Allah (سبحانه و تعالى), God, through the angel Jibreel, Gabriel (عليه السلام). The Muslim follows the Quran and the Sunnah; the Sunnah is the authentically transmitted teachings, deeds and sayings, silent permissions (or disapprovals) of Prophet Muhammad (صلى الله عليه و سلم), as recorded in recognised collections of Hadeeth, Narrations.

The companions followed the Quran through the teachings of Muhammed (صلى الله عليه و سلم), which is also known as his Sunnah, since it clarified to them the teachings of the Quran and supplemented it. They also followed his teachings, i.e. the Sunnah, because of the command of Allah (سبحانه و تعالى) in the Quran: “He who obeys the Messenger has indeed obeyed Allah . . .” [Quran: Surah an Nisa 4:Ayah 80]. Here Allah (سبحانه و تعالى) described obedience to the Prophet (صلى الله عليه و سلم) as being a part of obedience to Himself. Then He made a connection between obedience to Himself and obedience to the Prophet (صلى الله عليه و سلم): “O you who believe! Obey Allah and obey the Messenger . . .” [Quran: Surah an Nisa 4:Ayah 59]. Due to this command, it is obligatory for all Muslims to follow the Quran and the Sunnah, not abandoning one for the other.

So, why is this religion called Islam? All the religions on earth are called by various names, either the name of a specific man or a specific nation. So Christianity takes its name from Christ; Buddhism takes its name from its founder, the Buddha; the Zoroastrians after Zoroaster. Similarly, Judaism took its name from a tribe known as Yehudah (Judah), so it became known as Judaism. And so on. Except for Islam, for it is not attributed to any specific man or to any specific nation, rather its name refers to the meaning of the word Islam. What this name indicates is that the establishment and founding of this religion was not the work of one particular man and that it is not only for one particular nation to the exclusion of all others. Rather its aim is give the attribute implied by the word Islam to all the peoples of the earth. So everyone who acquires this attribute, whether he is from the past or the present, is a Muslim, and everyone who acquires this attribute in the future will also be a Muslim.

More in this category: Iman - Belief of a Muslim » 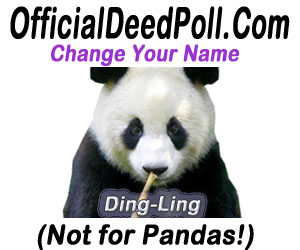