How do I Revert/Convert to Islam?

If anyone has a real desire to be a muslim and has full conviction and strong belief that Islam is the true religion ordained by Allah (سبحانه و تعالى) for all human-being, then, one should pronounce the “shahada”, the testimony of faith, without further delay. The Holy Quran is explicit on this regard as Allah (سبحانه و تعالى) states :

in another verse of the Holy Quran, Allah (سبحانه و تعالى) states :

“If anyone desires a religion other than Islam (Submission to Allah), Never will it be accepted of him; and in the Hereafter he will be in the ranks of those who have lost (their selves in the hell fire).” [Quran: Surah 'Ali 'Imran 3:Ayah 85]

In addition, Islam is the only religion prevailing over all other religions. Allah (سبحانه و تعالى) states in the Holy Quran :

“To thee We sent the Scripture in the truth, confirming the scripture that came before it, and guarding it in safety :…. [Quran: Surah al Maidah 5:Ayah 48]

“The superstructure of Islam is raised on five (pillars) : testifying that there is no God (none truly to be worshipped) but Allah, and that Mohammad is the messenger of Allah, performing the prayer, paying the Zakah (poor-due), fasting the month of Ramadan, and performing Hajj.”

The Shahada can be declared as follows :

The English translation is :

However, it would not be sufficient for anyone to only utter this testimony oraly either in private or in public; but rather, he should believe in it by heart with a firm conviction and unshakeable faith. If one is truly sincere and complies with the teachings of Islam in all his life, he will find himself a new born person.

This will move him to strive more and more to improve his character and draw nearer to perfection. The light of the living faith will fill his heart until he becomes the embodiment of that faith.

What would be next after declaring oneself a Muslim ? one should then know the real concept underlying this testimony which means the oneness of Allah (سبحانه و تعالى) and meet its requirements. One must behave accordingly, applying this true faith to every thing one speaks or does.

What do the words of the “Shahada” signify? The significant point which every Muslim must know very well is the truth that there is no God (deity) to be worshipped other than Allah (سبحانه و تعالى). He-glory be to Him – is the only true God, Who alone deserves to be worshipped, since He is the Giver of life and Sustainer and Nourisher of mankind and all creation with His unlimited bounties. Man must worship Allah (سبحانه و تعالى), Who alone is worthy of worship.

The second part of the Shahada “i.e., Wa Ash-hadu anna Mohammadan abduhu wa rasuluh” means that Prophet Mohammad (صلى الله عليه و سلم) is the servant and chosen messenger of Allah. No one must have two opinions about this matter. In fact the Muslim has to obey the commands of the Prophet (صلى الله عليه و سلم), to believe him in what he has said, to practise his teachings, to avoid what ha has forbidden, and to worship Allah (سبحانه و تعالى) alone according to the message revealed to him, for all the teachings of the Prophet (صلى الله عليه و سلم) were in fact revelation and inspirations conveyed to him by Allah (سبحانه و تعالى).

What is the meaning of worship? It simply means rendering sincere service, showing reverence for Allah (سبحانه و تعالى). In a deeper shade of meaning, it implies total submission and complete obedience to Allah’s (سبحانه و تعالى) commandments both in utterances and actions of man whether explicit or implicit.

Visible worship includes acts such as uttering the two parts of the “Shahada”, performing prayers, giving Zakah (the poor-due), recitation of the Holy Qur’an, supplication, adoring Allah (سبحانه و تعالى) by praising Him, purifying our bodies before prayers, etc.

This type of worship is associated with movement of the parts of the human body.

This type worship does not involve movement of parts of the body but it surely has bearing on one’s heart which subsequently affects one’s  way of life.

It should be borne in mind that any worship not dedicated to Allah (سبحانه و تعالى) alone will be rejected as one form of polytheism and this causes apostasy from the Islamic fold.

The next step for a newly revert to Islam is the purify himself by taking a cmplete bath. He should then resolve to comply with the principles and rules of Islam in their entirety. He should disown all forms of polytheism and false beliefs. He should reject evil and be rigtheous. Such rejection of evil and being righteous is one of the requisites of the motto of Islam – that is, Laa ilaha illallah.

“…whoever rejects evil and believes in the Allah hath grasped the most trustworthy Hand-hold, that never breaks…” [Quran: Surah al Bakarah 2: Ayah 256).

This is the firmest anchor of belief which materialise the meaning of “AL WALA” and “AL BARA”. It means that a Muslim should love and be loyal to his Muslim brothers. He should, as a practise, dissociate himself completely from the unbelievers and refuse to be influenced by them, both in wordly and religious matters.

Forgiveness of Past Sins

By His grace and mercy, Allaah has caused Islam to destroy the sins that came before it. When a disbeliever becomes Muslim, Allaah forgives all that he did when he was a non-Muslim, and he becomes cleansed of sin.

Muslim (121) narrated that ‘Amr ibn al-‘Aas (may Allaah be pleased with him) said: When Allaah put Islam in my heart, I came to the Prophet (peace and blessings of Allaah be upon him) and said: “Give me your right hand so that I may swear allegiance to you.” He held out his hand and I withdrew my hand. He said, “What is the matter, O ‘Amr?” I said, “I want to stipulate a condition.” He said, “What do you want to stipulate?” I said, “That I will be forgiven.” He said, “Do you not know that Islam destroys that which came before it?”

“Islam destroys that which came before it” means that it erases it and wipes it out." Stated by al-Nawawi in Sharh Muslim.

Shaykh Ibn ‘Uthaymeen (may Allaah have mercy on him) when asked about someone who earned money by dealing in drugs before he became Muslim. He replied:

We say to this brother whom Allaah has blessed with Islam after he had earned haraam (unlawful) wealth: be of good cheer, for this wealth is permissible for him and there is no sin on him in it, whether he keeps it or gives it in charity, or uses it to get married, because Allaah says in His Holy Book (interpretation of the meaning):

“Say to those who have disbelieved, if they cease (from disbelief), their past will be forgiven. But if they return (thereto), then the examples of those (punished) before them have already preceded (as a warning)” [Quran: Surah al Anfaal 8: Ayah 38]

i.e., all that has passed, in general terms, is forgiven. But any money that was taken by force from its owner must be returned to him. But money that was earned by agreements between people, even if it is haraam, like that which is earned through riba (interest)or by selling drugs, etc. it is permissible for him when he becomes Muslim because Allah (سبحانه و تعالى) says, “Say to those who have disbelieved, if they cease (from disbelief), their past will be forgiven”. And the Prophet (peace and blessings of Allaah be upon him) said to ‘Amr ibn al-‘Aas when he became Muslim: “Do you not know that Islam destroys that which came before it?”

Do I need to Register as a Muslim?

Those who are going to adopt Islam as their religion are advised to register themselves as Muslims with the concerned governmental agency, as this procedure may facilitate for them many matters including the possibility of performing Hajj (Pilgrimage) and Umrah. However, if there is a danger of persecution or harm coming to you by your declaration of faith, then you should keep your faith secret and avoid harm to yourself.

More in this category: « Do I need a Witness to Revert to Islam
Featured links: 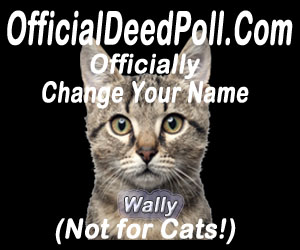